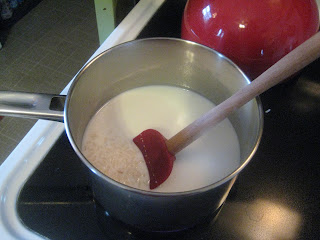 I was really excited to try this since I liked the coconut version.  Unfortunately, it just didn't turn out quite how I was expecting it.  The main issue was the fact that it didn't thicken.  I see that Lisa had a similar problem, but after cooking it for over 40 minutes(!!!) I gave up.  So we called it rice soup instead of pudding!  I also added too much vanilla.  I think I must have been distracted.  I did make this recipe at my parents house, so I was using an electric stove instead of gas. 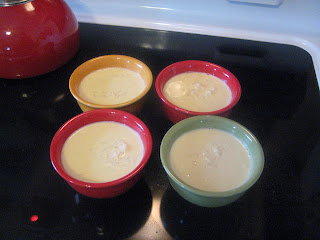 I liked the flavor of the pudding, but I am really disappointed that it wasn't more pudding-like!
Posted by Summer at 1:30 PM