S'Mores Bars - by Summer and Lisa 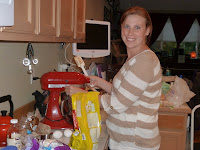 Lisa Says: Bonus recipe this month! Since Summer was out here visiting me in Seattle, and we didn't have loads of stuff going on, we decided that we should bake something together! Summer narrowed down the field to three options, and I got to choose which one it would be. The S'Mores Bars just looked too good to pass up, plus I had all the ingredients on hand which made for a nice bonus.

Baking is so much more fun when you can do it together. :) Making this recipe was almost like making chocolate chip cookie bars with some marshmallows and graham cracker crumbs thrown in for good measure. It was really easy to assemble, and I liked that the topping wasn't one solid mass and instead allowed for the marshmallows to puff thru. We tag teamed on making the batter and putting it all together. The hard part was waiting for it to be ready to eat! After it came out of the oven, it had to cool to room temperature and THEN it went into the fridge for awhile! 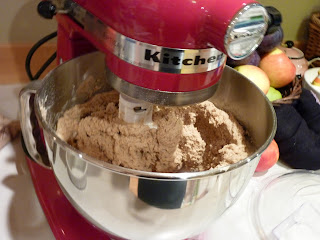 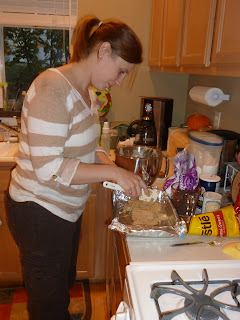 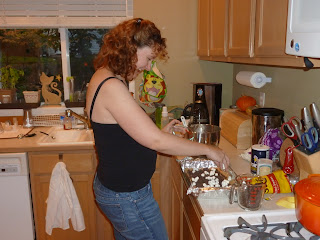 Once it was finally ready for consumption, I thought it was pretty tasty. Although, it was a pretty dense bar and the mass of chocolate chips melded together made for some heavy bites of sugar. I do like it tho, and it has been my lunch dessert for most of the week. I think if I were to make it again, I would go a little lighter on the chocolate chips and maybe add a handful more of marshmallows. I might also consider thinning the bottom layer a bit more to even out the whole cake-y experience.

Summer Says:
I was really excited to go visit Lisa and meet her precious new baby and also spend time with my godson (her older child).  It was also an added bonus that we had the time to bake together.

Somehow in my head, I was thinking the base of this dessert was more brownie like (i.e. chocolate), but it was really graham cracker.  I agree that I wish the bottom layer was a little bit thinner, but I loved the layer of chocolate chips and marshmallows.  The hardest part was definitely waiting to dig into them.

I was able to take some home with me and since my hubby doesn't like marshmallows or s'mores, I was able to eat them all myself.  They were a little rich, so they lasted me a long while.  I loved being able to bake with Lisa in her kitchen.  My fondest memory though was when her husband had the great idea to put the bars in the garage to cool off quicker.  We moved them back inside and into the fridge while he was off doing something else.  When he went looking for them, he convinced that someone broke into their garage and stole them! :-)

Before going in the oven 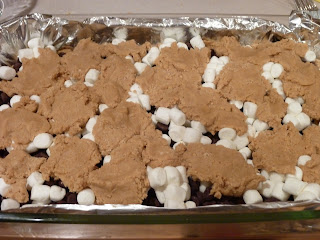 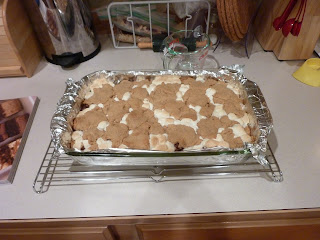