Black and White Trifles - by Summer 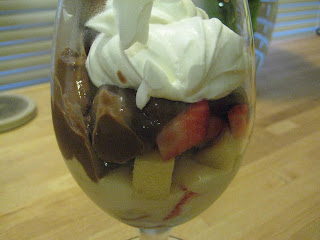 I had originally wanted to make these for book club, but decided that the assembly of these would make them difficult to transport.  In a way I am glad that I didn't take them, because that means I didn't have to share :-)

I was a little worried after getting a text from Lisa about how much she struggled initially with them.  I gave myself plenty of time to make the pudding.  I was prepared that it was going to take a long time to thickened, but surprisingly, it didn't seem too bad.  I think I was preparing for the worst.  I divided the pudding and put them in the fridge to hang out for a while. 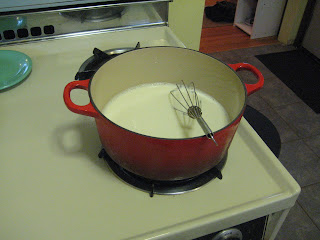 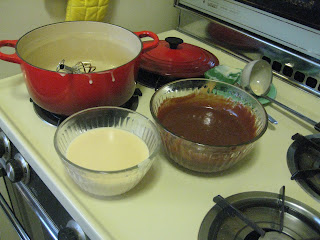 I also used Sara Lee for the pound cake (why mess with a good thing). I had some orange liqueur on hand, so I used them in mine and my husband's trifle. I left it out all together when assembling one that I made for my son.  I didn't even try to take a picture of the strawberries after Lisa's awesome shot in her post :-) 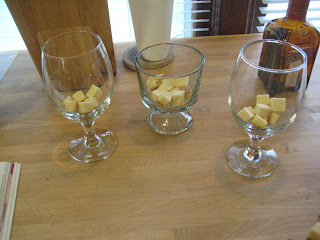 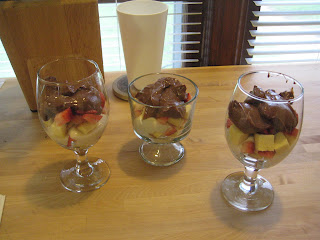 We all loved this dessert a lot!  The husband and I could have done without the orange liqueur though. And to keep from having any issues with children and the whipping cream - I didn't put any on my son's and just made some for me and my husband.  I would love to make this again for a dinner party - it's easy, but looks pretty fancy! 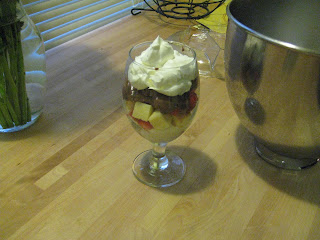